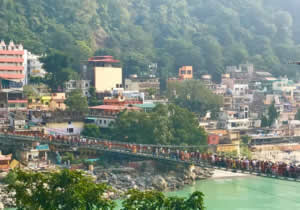 RUN! What the F did I do!? What was I thinking!? We pulled up to the hotel and my stomach sank. Shit! Holy shit! Holy shit shit! I had done lots of research before coming, so I thought. I read all the reviews, looked at all the pictures, read about the city and researched the country and people. It didn’t help. I was NOT mentally prepared for this. Actually, I think the word SHOCK is quite fitting here. I have been to many other countries, I’ve seen poor, I’ve seen how people live and I was still not prepared for this.

They checked us into our rooms and I felt my legs collapsing under me. Walking in I was hit in the face with an overwhelming smell of bleach. Knowing all that I know about chemicals now, thanks Steph, this did not fly with me. At least its clean?? The sheets may be “clean” but they’re definitely not clean. The pillows are just the stuffing that fills the pillow casing, there’s no casing left to them. The bathroom, oooh the bathroom. A box, fully tiled wall to ceiling. A sink with the ceramic crumbling in on itself, a toilet that just scares me and just a showerhead two feet to the right of the toilet. No curtain, no soap, no fluffy towels and certainly no hot water. F!

I called home immediately trying not to show the complete utter fear in my voice. Mike, being the amazing person he is, talked me off the ledge, as he had yesterday as well. I was stuck in a nasty airport on a layover for 10 hours because my flight was cancelled. Then he said something that made a small light came on in the back of my mind, “Erica, you can come home anytime, no one is keeping you there and there’s a flight waiting for you.” WOW! That’s 100% true! No one’s holding me hostage here. This isn’t college, me calling home begging to come home and my dad saying “Just give it a month”. Nope, I can leave anytime! Right?

After unpacking a few things and taking a quick 2 minute freezing cold shower I headed out to meet my new travel companion. Her name is Connie and she’s from the lakes district south of Munich, Germany. She doesn’t seem nearly as shell shocked as I am. She’s been to northern India before a few years back. I was surprised how brave she was walking right out into the streets. We started to make our way, where yet, not sure. I may have just hid in my hotel room if I were alone. Actually, I’m terrified of my hotel room so I would have just flown home. We were greeted by honking. Non stop honking of cars, buses and mopeds.

The streets are very dirty. Trash everywhere, people wandering, smells potent enough to kill and then there’s cows and monkeys. Cows wandering in the streets, sleeping in the middle of the road, dung everywhere. It’s CRAZY.
After wandering for a few hours, my new friend and I were very parched. Walking down an alleyway I spotted a small outdoor cafe where there were other westerners hanging about. Honestly, it was a first sign of hope for me, besides Connie. Other people actually came to India and stayed! They didn’t run home. We were directed to sit at a table accompanied by another westerner woman who was on her own. She was tall, long dirty blond hair, slender build and seemed very calm. She clearly had been here for at least a few days because there was no sense of shock or panic on her face, that was surely smeared across mine! Hmm, what’s her deal?

Another westerner woman sat at a table to the right of us. In her hands she held a book with a title across it saying “The Way to Live Reiki”. Fitting for this environment. I was totally not tapped into my sense of anything, accept survival mode. I loved her outfit. Flowey, light and breezy, colorful, top and bottoms definitely not matching. I liked the sense of “so what” she had to her. Didn’t care what others were thinking. Didn’t care that her outfit didn’t match. She looked relaxed and calm. Again, definitely not me.

We made it back to the hotel, dodging steaming piles of dung the whole way. I realized how dirty my feet must be. Wearing flip flops around didn’t help the matter. It was 4PM and I hadn’t slept more than 2 hours in the past 48. Sleep was much needed at this point. That meant that my somewhat clean bed is now a must. No more thinking “can I leave here before I have to sleep here? I changed into long pants and a long shirt, cleaned up and got ready to climb in.

I stood there staring at the bed, thinking, people are sleeping on the streets right outside these windows! I just witnessed it with my own eyes. I witnessed a man using a tree branch to sweep away trash, dirt and rubble while we were heading down to see the Ganges River. I thought he may have been searching for money that someone could have dropped. When we headed back up that same hill 15 minutes later I saw the same man. I then realized he hadn’t been searching for anything, he was making a place to sleep. He was sleeping on a platform where the stairs stopped and continued up another way. And here I am, scared to sleep in this bed. Buck up little camper, you’re sleeping here! I quickly fell asleep not knowing what the next day would bring but definitely grateful to be able to get some rest, on a semi clean bed.

“The Fat Girl Was Taking Too Long”

Day 2 Rishikesh, India – Seek and You Shall Find
Scroll to top