Joy Quest With The Hopi Tribe

During my excursion to Arizona I made it a point to visit the Hopi Reservation. The Hopi (peaceful ones) people have the longest authenticated history of occupation of a single area by any Native American tribe in the United States. Thought to have migrated north out of Mexico around 500 B.C. (1) My meme Carol, who has now passed, always shared her Indian heritage and told us stories we begged to hear repeatedly as children. I wanted, needed, to experience this firsthand. 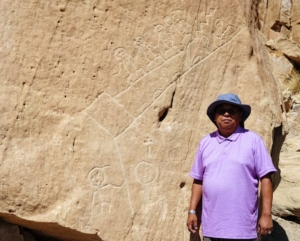 I booked a room at the Hopi Cultural Center, which is the only hotel for miles. It had a restaurant, craft shop, hotel and of course the cultural center. Before traveling I did some research on Hopi guides who could show me the land and share their knowledge. It’s always smart to do your research before traveling! Saves time scrambling last minute and ending up with someone who isn’t the best. Well, let’s just say, I found the best! His name is Bertram Tsavadawa of Ancient Pathways Tours. You couldn’t possibly absorb all the information he will share with you. Incredible. On Saturday August, 31st 2019 I met Bertram at the cultural center for a 3-hour tour.

Our first location site was Prophecy Rock. Bertram explained that this was the “life path” created by the great spirit guides. The image shows two paths. The top path shows the white man’s scientific achievements, the path most humans choose to trudge through. The bottom path shows our life in harmony with nature, believing in the better good, being one with yourself and spirit.  I took it as asking “which path will you choose”? Very thought provoking.

Next, we drove 5 miles west and took a right onto a dirt road. We proceeded to drive 4 miles down this dusty dirt road, out in the middle of nowhere. We came upon a large, slightly u shaped, rock formation. It had to be at least 500 ft long. Dawa Park is one of the most culturally significant sites in the American southwest. Dawa Park is tucked into a 200 foot tall red rock ridge line that reveals between 12,000 and 15,000 petroglyphs that date back to the Anasazai ancestors of the current day Hopi. There are petroglyphs on the walls of Dawa Park that are not found in any other location. (3) I was literally standing where Indians had stood over a thousand years ago. 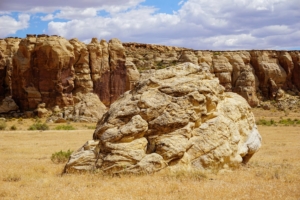 One of my favorite moments was being introduced to the center rock formation. If you look closely you can see that the rock formation looks like the head of lion who is looking towards the sky. Is he protecting the petroglyphs? Was he seen as a protector for the Hopi people? If the rock formation doesn’t look enough like a lion for you, which I don’t know how it can’t, you can then find another lion face on the back. Two slits for the eyes, a U for the nose, downward line from the nose that connects to the mouth. Take a minute to look at the picture. It’s like one of those trick two-imaged pictures. Once you see it, it can’t be unseen.

After viewing hundreds of petroglyphs, in the 104-degree heat, we ventured back to the car. He then informed me that we were going to his home village next named Oraibi. The old village of Oraibi is one of the longest continuously inhabited sites in North America, dating back to circa 950 AD. Bertram’s family home is one of the 16 original stone houses in the village on the plaza, center of the community and location of traditional ceremonies and dances. (3) When we drove into the village I was taken back by the scene. I guess I wasn’t prepared for what it would look like. Actually, I had no idea what to expect. Driving in I saw was about 10 broken down stone houses. Visibility was low because of the dust clouds from lack of rain from the non-existent monsoon season. I asked myself if people lived here in these conditions? I then found out there’s no running water or electricity in the entire village. They chose to declined access to these accommodations when they were offered many years back. They wanted to keep the village “pure”. Wow. The Hopi tribe lived in adobe houses also known as pueblos that were suitable for the warm dry climate in which they lived. The Adobe, or pueblo homes, were multi-story houses made of adobe (clay and straw baked into hard bricks). (4) 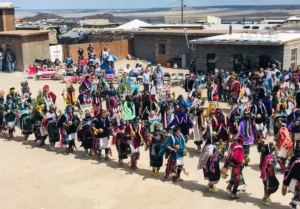 Next was the most exciting part of the day! My new friend Bertram invited me to accompany him to the neighboring village called Shungopovi Village on the Second Mesa. He asked if I wanted to witness The Rain Maiden Dance or The Butterfly Dance. This just happen to be occurring the same weekend I was there! Luck? Not in my eyes. The Butterfly Dance, a traditional social dance of the Hopi, is held in August or September after the gathering of the harvest and presentation of the Snake Dance. It is a thanksgiving ceremony for the harvest, chiefly for the corn crop. Like most Hopi ceremonies, the Butterfly Dance is a petition for rain, good health and long life for all living things. The dance also recognizes the butterfly for its beauty and its contribution in pollinating plant life. (2) Corn is one of their biggest and most important crops offering a multitude of food items for the entire year.

We reached the village and was invited to climb up on the roof of one of his tribe members. A latter was already in place from other family members climbing up to witness the all-day dance performance. It was incredible! I was in a different world. My eyes welled up multiple times at the thought of me being in the right place at the right time, trusting, at the thought of being invited as a guest to embrace this dance, at the amount of history I was witnessing, at the amount of history I was standing on, literally a roof.

As the sun passed the midpoint of the day one of the dances was coming to an end. The dancing is an all-day event, taking breaks every few hours to rest, nourish and re-hydrate. Bertram asked if I enjoyed the dance. Did I!? It was an honor, privilege and experience like no other. To finally understand what my meme always talked about and to gain this knowledge filled my heart. I graciously thanked him for the journey and it was honestly hard to leave this magical place and an amazing person I was so blessed to meet.

To think, 3 ½ years ago, I never even knew I wanted to grow, to learn or start my personal Joy Quest. #Mindblowing

Where you are you on your personal Joy Quest? 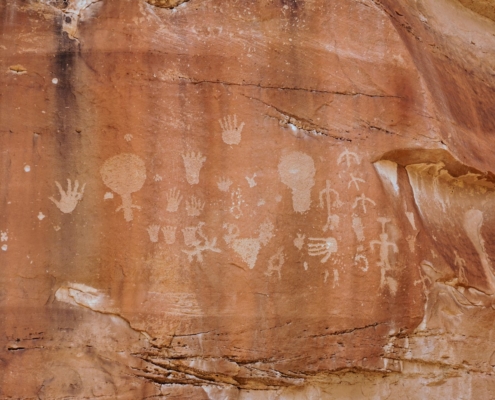 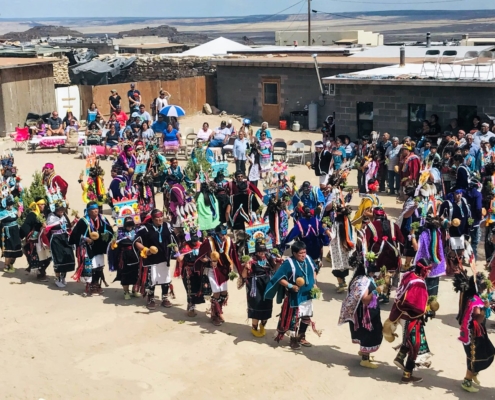 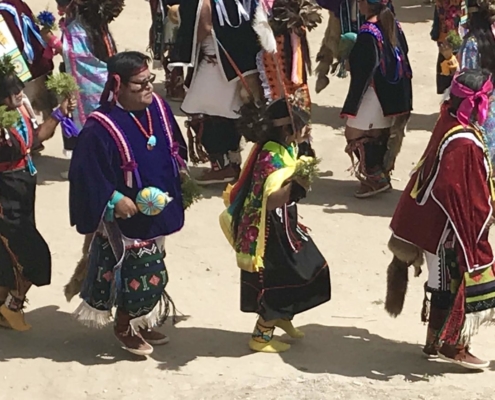 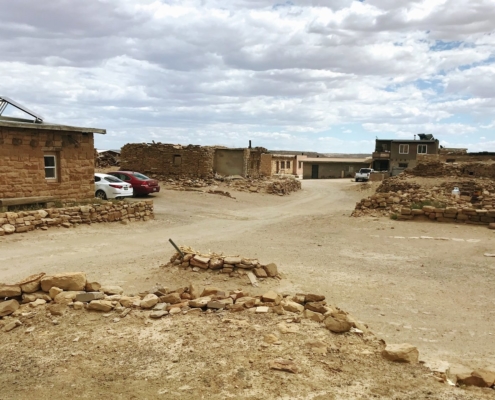 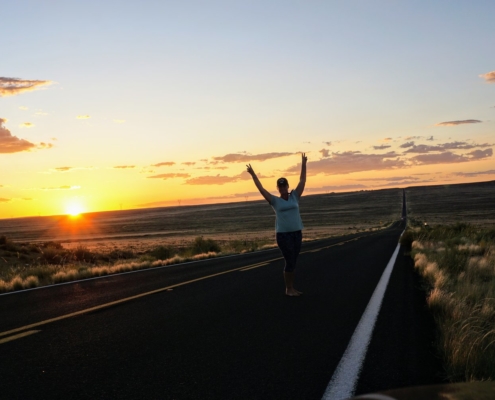 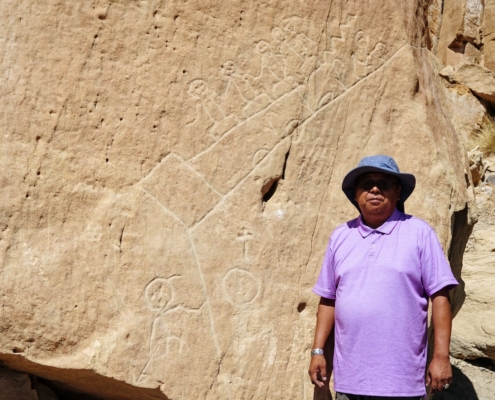 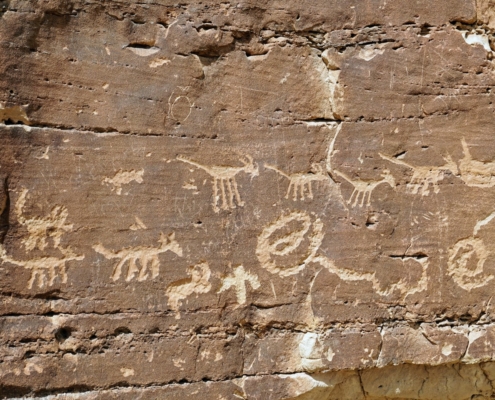 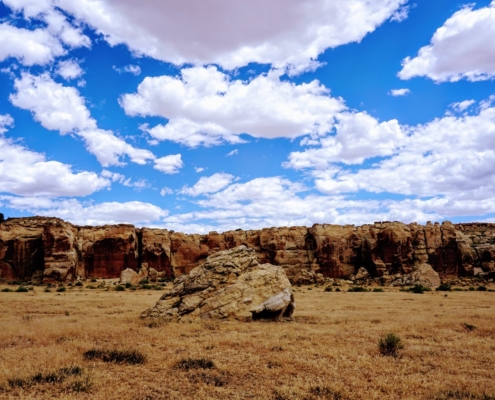 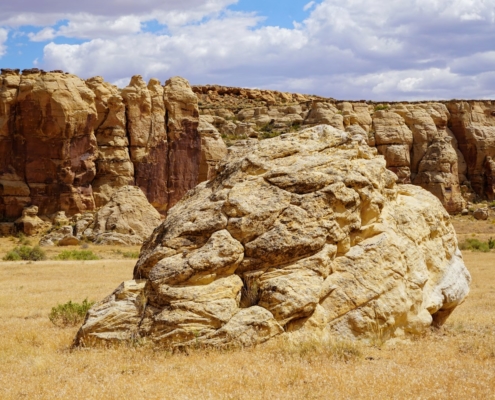 The Mountains Will Always Be There!
Scroll to top