“The Fat Girl Was Taking Too Long” 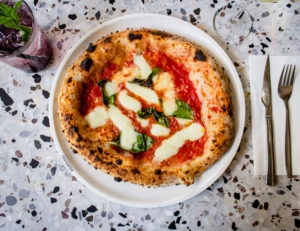 My kryptonite. Hearing someone comment on other peoples weight it super upsetting to me. Immediately my mind starts on spin cycle. Why would someone say such a thing? Is she really fat? Does he think I’m fat? What’s wrong with a person to say something like that? What was his childhood like? Is he insecure? Am I insecure? All these thoughts happen in the matter of seconds.

This morning I woke up thinking about the tasks I had ahead of me. I was heading to Omega for a weekend of training. A workshop called Create Your Own Workshops.  I’m starting a new branch of my business to include workshops and retreat. I finished packing and off I went for my three day adventure.

Before getting on the highway I stopped to fill up at the gas station. I always find gas stations weird. People always seem so stressed while getting gas. They’re either rushing to get somewhere, rushing from somewhere or just pissed in general. Sometimes I actually enjoy investigating and observing the situations.

I finish up pumping gas and I hear a dad yell to the son, who are also 50 yards away from each other, “What are you doing? We don’t have time for that!” I had no choice but to listen as he was yelling over me and my car. I then hear the 20-ish year old son yell back “I know, I didn’t plan on taking that long, the fat girl took too long.”

I felt my body immediately cringe. This has always been my reaction, quick hide! I’ve been called fat plenty of times. Kids are MEAN when you’re young. This is probably where my kryptonite developed. Here ensued the head spin. What was he thinking? Did she really take too long? Why would he say that? What gives him the right? What an asshole! Who would say something like that?

Now here’s an interesting part. My favorite food of all time is pizza! Any type of pizza. Pepperoni, sausage, pineapple, plain, margarita, Sicilian. I love them all and I break all the “rules” when it comes to pizza. Once I was done pumping my gas I was planning on going in to get a piece of pizza. My entire life I wasn’t “allowed” to have Pizza, or chips for that matter. Well, I was allowed, but only if I beat myself up about it for the two days following.

Dial up that head spin a little more.

So back to this kid. I’ve learned most, if not all, people are insecure. So insecure! Most people will deflect and throw someone under the bus immediately to get the eyes off themselves. I choose to believe that’s exactly what this kid was doing, deflecting. I don’t want to be in trouble from my dad so I’ll deflect and call someone fat instead. What would he have said if she wasn’t “fat”? The skinny girl took forever?

So did I eat the pizza you ask? Hell yes I did! I hiked two mountains the day before, sore as all hell, and I wanted pizza. Let’s do this pizza!

Don’t let others bring you down or make your choices for you! It’s all about balance. Ask yourself, does the risk equal the reward? I ask myself this constantly. Is your action, whatever it may be, worth it in the end?

So here’s a salute to all the pizza lovers around the world!

Photo by Louis Hansel on Unsplash

The Mountains Will Always Be There!